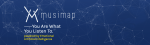 Quincy Jones is not any stranger to the world of music/tech startups: he based music video-on-demand service Qwest TV, which launched three years in the past.

Now he is additionally investing in one other startup, Musimap, which describes itself as an “emotional synthetic intelligence” firm, with a lead product referred to as MusiMe which is a “psycho-emotional profiling engine”.

Basically it analyses individuals’s listening to attempt to perceive their character (“Is your buyer self-aware or religious? Does he like train or travelling? Our emotion-sensitive algorithm can predict mechanically all this and extra from the music he loves…” as its web site explains it.)